skip to main | skip to sidebar

My How Time Gets Away From You!

Well, at least for me it has. I've been doing a lot of cool stuff and having a lot of fun!

I was in Las Vegas for 10 days at a business forum last month. Got home & had to recuperate a bit, then had a virus for a couple of days and then..

My Daughter was in town for a week!

And had to sample all the local cuisine she couldn't get in Sicily...

This, boys and girls, we call a Foodgasm!

We actually made charm bracelets from these 'Keys of Life' I found at the hotel gift store. They are charms shaped like keys with words etched into them. I got two sets of each word I found there.

While we used them for the base, they turned out very differently.

My daughter added a bunch of cool charms we found at the local Michael's, beads I had around and some other odds & ends and I'm not quite finished with mine I don't think.

I started an infinity dress from scratch for my Wardrobe Refashion work and got really frustrated with the sewing machine so I'll look at that again later.

Oh and there were some other things, like the Solstice Fair.

Actually, the week my daughter was here was way busier than usual for me! Maybe I'll write up a couple of those events for you in future posts, yeah, that sounds good. ;)

I just wanted to catch up a bit and get back into this process we call 'blogging' before my new one died before it really got started!

Jeff and I celebrating Katheryn's Birthday with her while she was here!
Posted by Pam Hoffman at 1:20 PM

Translate This Blog Into YOUR Language! 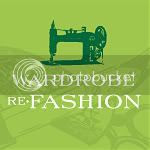